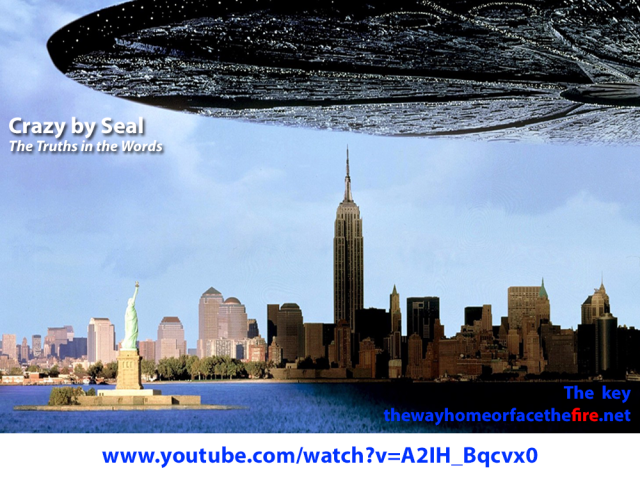 See the words decoded in the song www.youtube.com/watch?v=A2IH_Bqcvx0

In a church (human), by the face (being/soul)
He talks about the people going under (to Satan)
Only (the) child(like will) know (Matt 11:25)

A man decides after seventy years (eventually)
That what he goes there for is to unlock the door (Christ – John 10:7)
While those around him criticize and sleep
And through a fractal (gap) on a breaking wall (perception)
I see you my friend (soul), and touch your face again
Miracles will happen as we trip (stumble on)

Matthew 11:25 At that time Jesus answered and said, I thank thee, O Father, Lord of heaven and earth, because Thou hast hid these things from the wise and prudent, and hast revealed them unto babes.

John 10:7 Then said Jesus unto them again, Verily, verily, I say unto you, I am the door of the sheep.

Revelation 12:7 And there was war in heaven: Michael and his angels fought against the dragon (Lucifer); and the dragon fought and his angels,
12:8 And prevailed not; neither was their place found any more in heaven.
12:9 And the great dragon was cast out, that old serpent, called the Devil, and Satan, which deceiveth the whole world: he was cast out to the earth, and his angels (you – Luke 9:55) were cast out with him (Matthew 25:41).
12:10 And I heard a loud voice saying in heaven, Now is come salvation, and strength, and the Kingdom of our God, and the power of His Christ: for the accuser of our brethren is cast down, which accused them before our God day and night.
12:11 And they overcame him by the blood of the Lamb, and by the word of their testimony; and they loved not their (human) lives unto the death (John 12:25).
12:12 Therefore rejoice, [ye] heavens, and ye that dwell in them. Woe to the inhabiters of the “earth” and of the “sea”! for the devil is come down unto you, having great wrath, because he knoweth that he hath but a short time (6,000 years).

Revelation 21:16 And the city lieth foursquare, and the length is as large as the breadth: and he measured the city with the reed, twelve thousand furlongs. The length and the breadth and the height of it are equal.